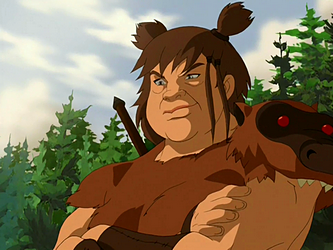 I make the best dam beer in Absalom! *burp* And I would know, I drink most of it!

Str 16, Dex 16, Con 16, Int 14, Wis 10, Cha 8
Base Atk +8/+3; CMB +11; CMD 24
Feats Dodge (+1 dodge bonus to AC), Throw Anything (no penalties for improvised ranged weapon, +1 to attack with thrown splash weapons), Extra Bombs, Iron Will (+2 to Will saves), Power Attack, Extra Discovery (cold bombs), Raging Vitality (Rage Con +2, can rage unconscious)
Skills Acrobatics +14 (8), Climb +7 (1), Craft (alchemy) +8 (3), Disable Device +9 (3), Handle Animal +5 (3), Intimidate +5 (3), Knowledge (arcana) +11 (6), Knowledge (dungeoneering) +3 (1), Knowledge (nature) +11 (6), Linguistics +3 (1), Perception +12 (9), Profession (brewer) +2 (2), Sleight of Hand +7 (1), Spellcraft +12 (7), Survival +5 (2), Swim +8 (2), Use Magic Device +4 (2)
Traits Iron Liver (+2 trait bonus to fort vs. digested poison/drugs, +4 vs. alcohol), Fortified Drinker (alcohol -> +2 vs. mind-affecting for 1 hour)
Languages Common, Draconic, Goblin, Varisian, Abyssal
Discoveries Tentacle (grow a tentacle, no extra attack, natural attack 1d4+3 and grap)
Rage Powers Good for What Ails You ( While raging, the barbarian who takes a drink of alcohol may attempt a new saving throw against one of the following conditions that may be affecting her: blinded, confused, dazzled, deafened, exhausted, fatigued, frightened, nauseated, panicked, shaken, or sickened. If she succeeds at the save, the effect is suppressed for the duration of the rage. She also may attempt a new saving throw if poisoned; a successful save counts against those required for a cure, but a failed save has no ill effect.), Staggering Drunk (While raging, a barbarian gains a +1 dodge bonus to AC against attacks of opportunity for each alcoholic drink she has consumed during her rage, to a maximum of +1 per four barbarian levels.), Liquid Courage ( While raging, the barbarian increases her morale bonus on saving throws against mind-affecting effects by +1 for each alcoholic drink she consumes during her rage, to a maximum of +1 increase per four barbarian levels. )
SQ Raging Drunk (drinking alcohol or potion is a move action, doesn't provoke AoO, an alcoholic drink allows the barbarian to maintain her rage that round without expending a round of rage for the day (instead of the alcohol’s normal effects). For each alcoholic drink consumed while raging, the barbarian is nauseated for 1 round when her rage expires, in addition to the normal fatigue that follows a rage.); Alchemy (extracts, bombs, mutagen)

Appearance
Zabaleta is a heavily build human woman of Varisian descent. Dark-brown, thick hair kept quite short and just as brown eyes. She is quite short but what she lacks in height she makes up in width. It's mostly muscle, though. The years of heavy drinking show clearly on her skin, her nose is flat, red and full of veins. Her breadth stinks continuously of old alcohol, she burps and farts without caring where she is and in what company. Her clothes look like they have seen better times, as they are full of patches and stains, both of drinks and various alchemical substances, but her armor seems to be in better shape, probably because it's also relatively new. On her back hangs a large axe, which she wields with more strength than skill. Hanging around her clothes are various bottles and flasks. Underneath her clothes, around her waist something seems to slither around at times. Those who have seen her in battle (or bath, a terriblle prospect) know that it is a large, flesh-colored tentacle, something she did not have until lately. When in battle she usually keeps a bottle of some sort in it, taking sips between strikes.

Backstory While ethnically Varisian, Zabaleta has always lived in Absalom. Her parents kept a tavern, she worked there, serving drinks. She used to be comely when younger, and caught the eye of one of the patrons. The usual followed: they got married, had a couple of kids and settled down to work at the her husbands brewery. Zabaleta seemed to have knack for making good alcholic drinks, but she also has a taste for them. And in the end that taste grew too strong too frequently. She became violent and scary while drunk, and she was drinking almost every day. One day her husband just left and took their children with him. Zabaleta continued with the brewing and drinking, until one day she decided she wanted more in life. She had never wandered far from her neighbourhood, never been outside of Absalom, life had to have more to offer. So she decided to join the Pathfinder Society, as that would offer her perfect opportunities to see more of the world.