"Fear the winter, brave the bones" 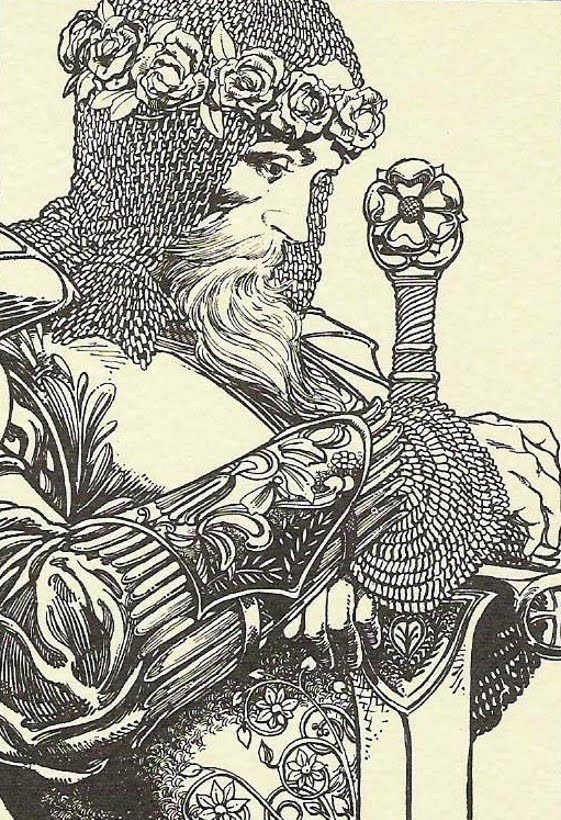 A stonelord's flesh becomes progressively rockier. She gains a +1 natural armor bonus to AC and DR/adamantine equal to 1/2 her paladin level. The natural armor bonus increases by +1 at 6th level, and every four levels thereafter, to a maximum of +5 at 18th level. These benefits are halved when not touching the ground or a stone structure.

A stonelord's vitals begin to calcify and her blood transforms into liquid stone. She adds her paladin level on checks to stabilize at negative hit points and gains a 50% chance to ignore a critical hit or precision damage. This does not stack with fortification armor or similar effects.

Once per day per paladin level, a stonelord can draw upon the power of the living rock. As a swift action, she treats her melee attacks until the beginning of her next turn (whether armed or unarmed) as magical and adamantine, including ignoring hardness up to twice her paladin level, with a +1 bonus on attack and damage rolls, as well as on combat maneuver checks. This bonus also applies to her CMD if she or her target is touching the ground or a stone structure. This bonus increases by +1 at 5th level and every 5 levels thereafter. At level 11, stonestrikes add bane vs earth subtypes(like blue dragons) and constructs made of earth and stone

Snowmask Induction You allied with the Snowmask Clan and returned Jedrek's Shard to its place of honor beside Ranulf's body. In thanks, you are ritually inducted into the Snowmask Clan with the title Snowmask Brother or Snowmask Sister. As part of this mystic ceremony, you gain the permanent benefits of endure elements but only in cold and only to temperatures of 0 degrees F and above; you gain no bonuses in extreme heat. This is a supernatural ability.(Boon from Shades of Ice part III)
Unnamed boon The Thakur of Jalmeray recognizes the great service you have done for his country and spreads the word of your deeds to the corners of the island. In any future encounter when dealing with a citizen of Jalmeray, you may gain a +1 circumstance bonus to any Diplomacy rolls made during that encounter. You may only use this bonus once per scenario.(Boon from Scenario 33: Assault on the Kingdom of the Impossible)
Resources of Redemption For your aid, the Church of Sarenrae assists you in acquiring tools of the faith. Treat you Fame score as 2 higher to determine your maximum item cost when purchasing any of the following: weapons with the bane undead, flaming, or flaming burst special ability; shields with the blinding special ability; crowns of blasting, necklaces of fireballs, phylacteries of faithfulness, staves of healing, or staves of illumination. (Boon from Dawn of the Scarlet Sun)
Antagonized by Avalexi Though you foiled her plot, Avalexi is still at large and seeks revenge. Whenever you use a boon that would be crossed off after being used, there is a 25% chance that your contact is slain, waylaid, discredited, or otherwise neutralized by the fiend. Such a contact grants no benefit, and you must then cross both that boon and Antagonized by Avalexi off your Chronicle sheets. (Boon from Dawn of the Scarlet Sun)
Millennial Lore In return for her freedom, Melabdara promised you aid in the form of her ancient wisdom. You may cross off this boon to succeed in a secondary success condition in the future. (Boon from Thornkeep: The Dark Menagerie) Sky Key Core You assisted the Pathfinder Society in the recovery of a strange relic known as the Sky Key, though it appears this is just one piece of a larger device. Each time you earn a Sky Key Component boon, you also recover one spent Prestige Point. (Boon from Pathfinder Society Scenario #6–00: Legacy of the Stonelords)
Sky Citadel Reclaimer You succeeded in reclaiming the sky citadel Jormurdun, an immense fortress city abandoned millennia ago. You were able to claim a small boon for yourself either by studying the lore left behind by the dwarves or earning a divine favor by restoring a shrine to working order:

Perfect Defense: In thanks for your efforts defending the Thakur and the nation of Jalmeray, meditative masters at the Houses of Perfection teach you sacred, secret defensive maneuvers. You may, as an immediate action, gain a +4 competence bonus to your Combat Maneuver Defense until the end of your next turn. Once this ability has been used, cross it off the Chronicle. (Boon from Pathfinder Module Cult of the Ebon Destroyers)
Sky Key Component (Hao Jin Tapestry): You have recovered one of the five lost components of the strange relic known as the Sky Key. (Boon from Pathfinder Society Scenario #6–21: Tapestry's Toil)
Tanbaru’s Respect: You have helped the spirit oni Tanbaru get revenge on the duergar. You may use one of the following as a spell-like ability once, using your character level as your caster level. After you use one of these spell-like abilities, cross this boon off your Chronicle Sheet. You may cast dispel magic, fog cloud, invisibility, mirage arcana, or stone shape. (Boon from Pathfinder Society Scenario #6–21: Tapestry's Toil)
Wayang’s Favor: You have earned the recognition of a community of wayangs in the Hao Jin Tapestry, granting you a +2 bonus on Charisma-based checks made to influence wayangs. (Boon from Pathfinder Society Scenario #6–21: Tapestry's Toil)

While grasped, the blossom grants its holder a +3 competence bonus on concentration checks and suppresses the following on its holder: morale bonuses, fear effects, and the confused, dazed, or stunned conditions. Twice per day, the bearer can cast calm emotions (CL 3rd).